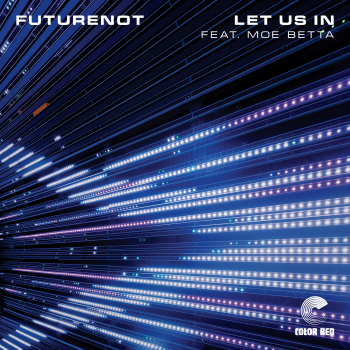 ‘Let Us In’ is a new single from a new Seattle collective, FUTURENOT – essentially Jason Cressey (True Loves) and Peter Daniel’s (45th St Brass). The tune proffers an odd, quirky sound with punchy brass in the manner of Daptone and a jazzy arrangement in the style of early Quincy Jones. There’s also a rocky guitar solo courtesy of Cole Shuster and it’s all topped off with a Brookly style rap from Seattle MC, Moe Betta. Yep, varied ingredients but it works and has a swagger all its own.

Cressey says: “This tune is a testament to all the various ways one can go about writing a song. On ‘Let Us In’ we really got deep into exploring what started as a pretty basic horn line. But enter the band! You can absolutely hear these people working together, fitting in where they fit. Moe Betta is featured on vocals, and really brings the overall context of the song into focus. The intro/outro was written with a broken-down version of the band at rehearsal with intent to build up some energy during blast off and re-entry – I think I referenced some Daptone band beat to Dave (drummer) and whatever he started playing kinda allowed the rest of the parts to write themselves. If it feels good… so it must be!” So, now you know! Out now via Color Red.