LET THERE BE DRUMS…. 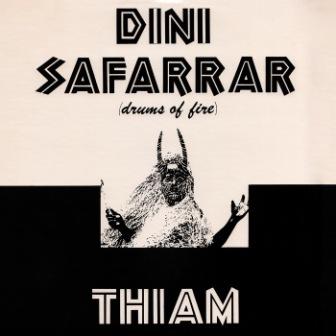 The latest release on Jazzman Record is the reissue of the in-demand mini album ‘Dini Safarrar’ from legendary Senegalese drummer MOR THIAM. Thiam, though now residing in St Louis, is a hero in his native Senegal for his charity and aid work. In other quarters, he’s best known as the father of hip-hop star, Akon.

The five tracker that is ‘Dini Safarrar’ (translated as “drums of fire”) was originally released in 1973 and Thiam gave al the proceeds from the album to famine relief in Africa. This Jazzman release is the first time the in-demand set has ever been reissued. It comes vinyl, CD and digital and like the original, profits will go African aid work.