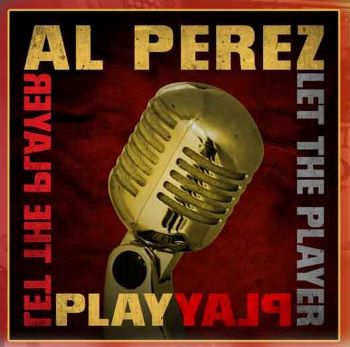 AL PEREZ is a Canadian born guitarist/singer who now works out of Los Angeles. He’s been around since the 90s  working festivals, corporate events, and clubs around the USA. He has three albums to his credit.  His first was in ’97 entitled ‘Travlinman’. This was followed with 2000’s ‘Finally’ which received plenty of radio support. His 2003 third release ‘Next’  included fan underground favourites  ‘Come and Get It’ and ‘Be with Me.’

Been a while but right now Al is preparing the release of a new album, ‘Love Revolution’ from which the lead single, ‘Let The Player Play’ has just won release. It’s an insistent, bluesy beater with a popping bass line, some biting guitar and a convincing vocal. ‘Let The Player Play’ is good to go now via Warrior Records.