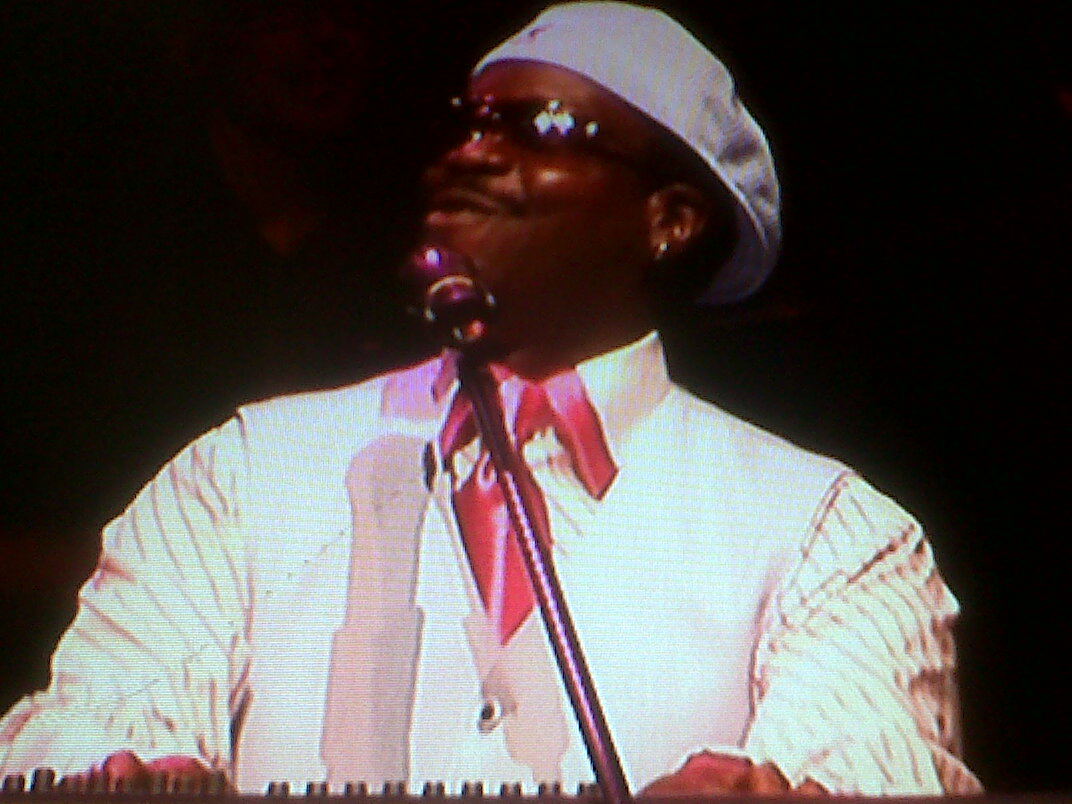 Leroy Hutson doesn’t cross the Atlantic very often – the last time he did it was 21 years ago back in 1989 when the Rare Groove scene was exploding in UK soul clubs. But after a two-decade hiatus, the sweet-voiced New Jersey-born soul man – who recorded some classic albums for Curtis Mayfield’s Curtom label in the ’70s – returned to the UK for a couple of keenly anticipated concerts.

After performing at the Vintage At Goodwood festival on August 15th, Hutson and his large band (including a four-part brass section) headlined at North Greenwich’s Indig02 venue on August 19th as part of The Giants of Rare Groove concert. Preceded by singer Greg Perry (Jeffree was also billed to appear but failed to show up, having apparently missed his flight to London) and jazz-funk keyboard maestro, Don Blackman – who turned in a solid, enjoyable performance with his band and included all the cult tunes from his eponymous 1982 Arista album – Hutson brought the venue to its feet with amazing versions of his classic Curtom tunes: the arrangements reproduced those on the records, down to the last, minute, musical detail.

The mellow, jazz-infused, instrumental, ‘Cool Out,’ kicked off the show and when Hutson walked out on stage towards the end of the song, the crowd went hysterical and became even wilder when the track segued into the distinctive drum break that opens ‘All Because Of You.’

Looking elegant in a waist-coated light blue suit with matching reversed Kangol hat, Hutson – also sporting opaque shades – stood behind a couple of keyboards at the front of the stage, singing and playing along with the songs. His voice sounded in excellent shape and he and his superlative 11-member band, the Third Degree, performed a crowd-pleasing set that included many of Hutson’s most memorable sides, including ‘Lover’s Holiday,’ ‘Lucky Fellow,’ ‘It’s Different,’ ‘Never Know What You Can Do,’ ‘So In Love With You,’ and ‘Love The Feeling.’

This was an amazing concert and one that far exceeded expectations – let’s hope soul maestro Leroy Hutson doesn’t leave it another 21 years before he returns to these shores.