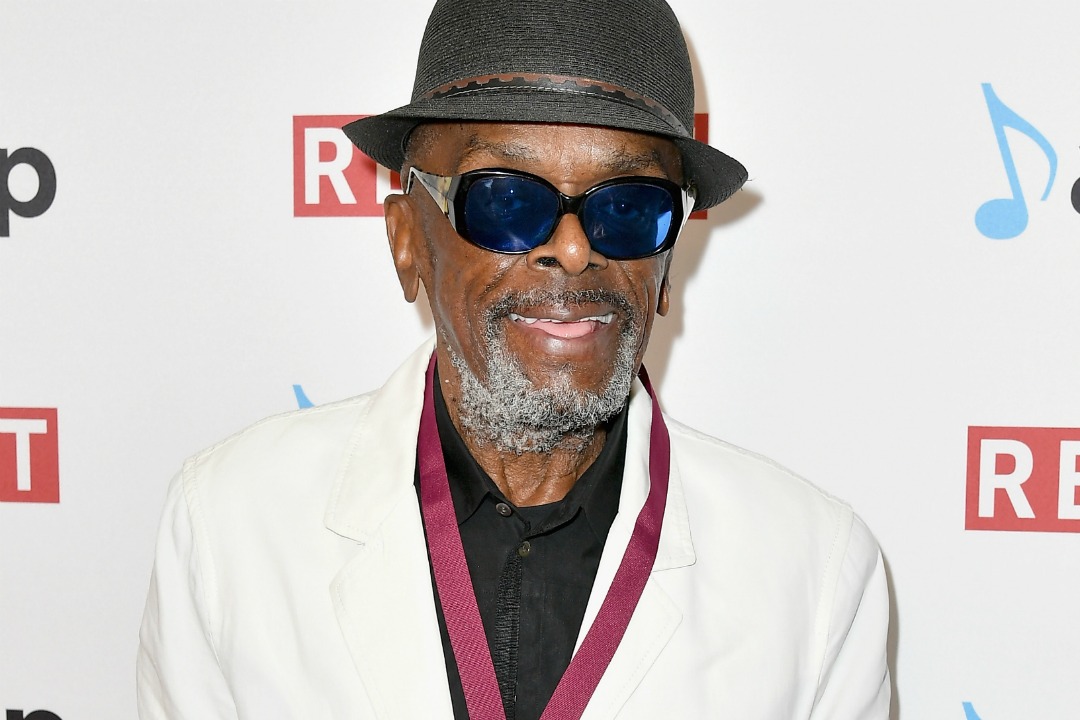 Soul multi tasker and all round good guy, LEON WARE, died yesterday, 23rd February in California. He had just, last week, celebrated his 77th birthday. The exact cause of death has not been released; however, it is known that LEON had been battling prostate cancer since 2009.

Ware was born in the wonderfully named Detroit district of Black Bottom in 1940 and attended the same blind school as Stevie Wonder. (An accident had left him blind for two years!). As a young man he worked with Lamont Dozier in the Romeos and after some production work with Berry Gordy, Leon drifted away from music. In the late 60s (after a spell at ABC Records) he reconnected with Gordy and enjoyed success by penning ‘Got To Have You Back’ for the Isley Brothers. Other Motown artists then discovered his songs, most notably the Miracles who worked with Ware after the departure of Smokey and Michael Jackson for whom he wrote ‘I Wanna Be Where You Are’.

In ’74 he moved away from Motown and worked with Quincy Jones on ‘Body Heat’. He contributed three songs to the album – the best known being, of course, ‘If I Ever Lose This Heaven’. The famous old song went on to be covered by numerous artists, notably the Average White Band. After collaborating with Minnie Riperton, Ware hooked up with Marvin Gaye for his ‘I Want You’ long player. Indeed that album’s title song was intended to be used by Ware himself as he re-launched his singing career!

The phenomenal success of ‘I Want You’ led to Leon Ware’s emergence as an artist in his own right and though his work was always critically acclaimed and revered by smooth soul connoisseurs. (His most famous album of this period is the now classic ‘Musical Massage’) it failed to enjoy the commercial success of the songs he wrote for others.

Through the 80s, 90s and into the new millennium people of the calibre of Teena Marie, the Main Ingredient, Jeffrey Osborne, Loose Ends, James Ingram, Peabo Bryson, Melissa Manchester, Krystol, Billy Griffin, Bobby Womack, John Legend, and Lulu sought out his work. Leon also famously collaborated with Maxwell on his debut album, ‘Urban Hang Suite’ and tracks from that set have been widely sampled by the hip-hop generation.

While writing and producing for others, Leon also continued to pursue his solo career. In 1996 He released the ‘Taste The Love’ set for the U.K. based Expansion label. Later in the 90s he released ‘Candlelight’, ‘Love’s Drippin” and ‘Deeper’. In 2005 he released ‘A Kiss In The Sand’ on his own Kitchen Records and he followed it three years later with ‘Moon Ride’ on Stax Records. In 2015 he released ‘Sigh’.

In recent years, Leon Ware continued to work. He toured regularly and was particularly fond of working in the UK where he enjoyed cult status. Indeed UK label Expansion has diligently reissued much of his back catalogue. Leon also recently worked with UK star, Omar.

Leon Ware is survived by his wife, Carol. He was previously married to Motown’s Susaye Green.