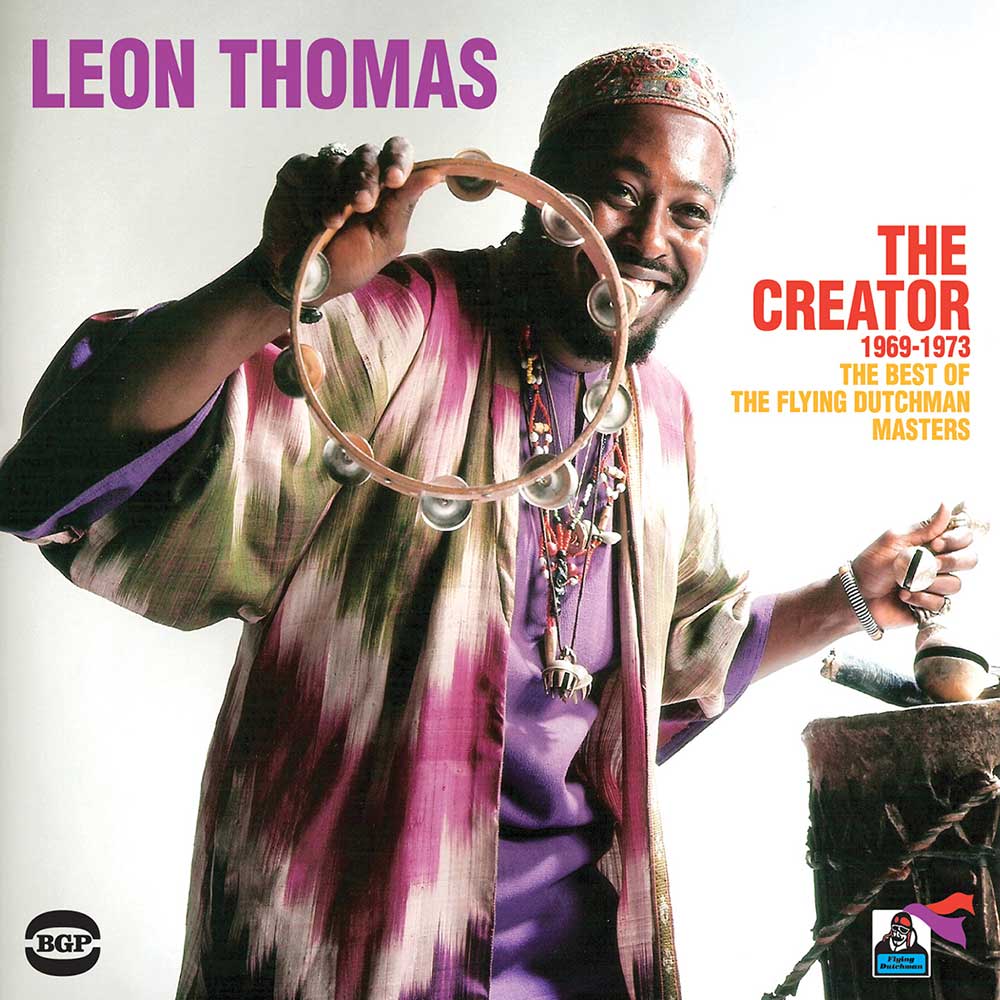 Ace/BGP’s latest dip into the Flying Dutchman catalogue chronicles the work of St Louis’ LEON THOMAS. Working out of New York City, THOMAS recorded for RCA in the 50s and became the featured vocalist in the COUNT BASIE BAND. After a stint out West, he hooked up with PHARAOH SANDERS and LONNIE LISTON SMITH and recorded for Impulse. In 1969 Impulse exec, BOB THIELE formed his own label – Flying Dutchman – and immediately signed THOMAS.

LEON THOMAS made half a dozen albums for the label and the BGP retrospective collects together 15 of the key tracks – including the seminal ‘The Creator Has A Master Plan’ ( a song he’d previously cut at Impulse) and the more experimental ‘Shape Your Mind To Die’. There’s also a section of live tracks (some featuring his distinctive yodelling style) and a previously unreleased version of ‘Um, Um, Um’ along with a beautiful treatment of ‘Let The Rainfall On Me’ which features delightful piano from long-time collaborator LONNIE LISTON SMITH.

LEON THOMAS went onto work with SANTANA and ARCHIE SHEPP before his untimely death in 1999. His Flying Dutchman years – 1969-1973 – though are considered his most creative.

LEON THOMAS; ‘The Creator’ is out now on BGP Records.