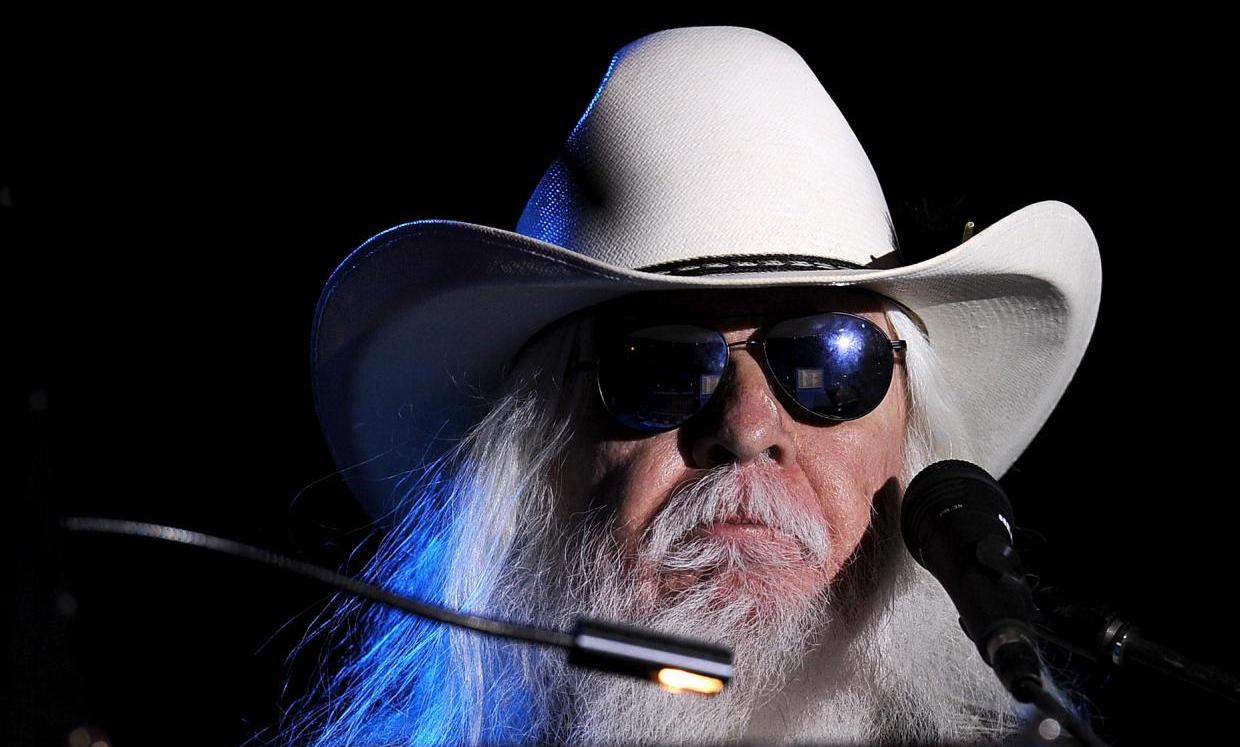 Cross genre music icon, LEON RUSSELL died today, Sunday 13th November in Nashville. Reports say that Russell, aged 74, died in his sleep but had been in poor health for some time. In 2010 he underwent surgery for a brain fluid leak and later was treated for heart failure. In July this year he had a heart attack and was scheduled for further surgery.

Born in Tulsa, Leon Russell was a guitar-playing prodigy in his teens. After moving to Los Angeles he began work as a session musician working with people like the Rolling Stones, B.B. King, Frank Sinatra and George Harrison.

While playing sessions he also penned countless songs … the most famous maybe being ‘Superstar’, ‘This Masquerade’ and ‘A Song For You’. Many soul and jazz artists, notably Luther Vandross and George Benson have recorded the songs.

Russell was inducted into the Rock and Roll Hall of Fame in 2011.

Russell continued to write and record until recently. His most important recent work was an album of duets with Elton John in 2009 and then he worked with producer Tommy LiPuma for his 2014 long player ‘ Life Journey’.