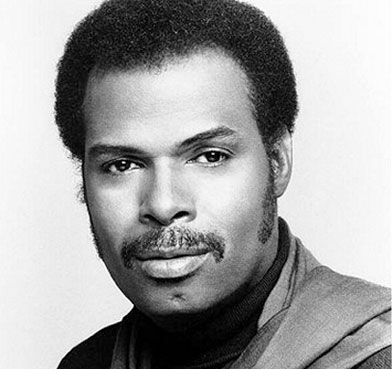 Leon Haywood began his pro music career after moving from Houston to LA in the early 60s where he worked first with Big Jay McNeely then with Sam Cooke as a keyboard player. As a solo singer he scored his first hit with 1965’s ‘She’s With Her Other Love’ but he was to enjoy a bigger hit two years later with ‘It’s Got To Be Mellow’ – song that became particularly popular in the UK. Soul anoraks will also know that Haywood was part of the session band, “The Packers” whose instrumental ‘Hole In The Wall’ was another popular tune on the UK soul underground. He also played with another session band called “The Romeos” and also regularly recorded with the Blazers – backing band to funk singer, Dyke.

In the disco era he embraced a funkier sound and in the late 70s he was a regular visitor to the soul and R&B charts with songs like ‘Strokin”, ‘Don’t Push It Don’t Force It’, and ‘I Want’a Do Something Freaky To You’, which became his signature tune.

Haywood also enjoyed a parallel career as writer and producer. In 1967 he formed his own production company, Evejim – named after his parents. Amongst his credits is Carl Carlton’s ‘She’s a Bad Mama Jama’ and in later years he turned in a blusier direction producing albums on Jimmy McCracklin, Clay Hammond, Ronnie Lovejoy and Buddy Ace on his own Evejim label.

In the hip-hop era many of Haywood’s recordings were sampled, most notably by Dr. Dre and Snoop Dogg’s “Nuthin’ But a ‘G’ Thang. Amongst others to dip into Leon Haywood’s catalogue are Aaliyah, Cam’ron, 50 Cent and Common. In the UK and Europe Leon Haywood is cherished for his stomper ‘Baby Reconsider’, a lovely cover of Bettye Swan’s ‘Make Me Yours’ and, of course, the perennial ‘It’s Got To Be Mellow’. He also recorded a moving version of ‘You’ll Never Walk Alone’.