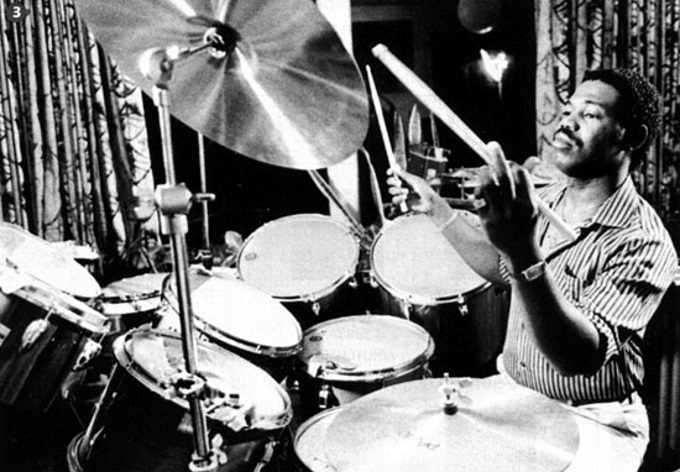 Jazz and soul master drummer LEON ‘NDGUGU’ CHANCLER died on Saturday February 3rd. He was 65 and few details about his passing are currently available.

Chancler’s first proper gig was with working with Willie Bobo and the Harold Johnson Sextet whilst he was still at school. From there he graduated to the bands The Jazz Prophets and The United Groove.

In the early 70s Leon was part of the George Duke Band before moving onto work with Carlos Santana. In ’78 he led his own group – The Chocolate Jam Co. His reputation was such that Quincy Jones had no hesitation in drafting him in to play on ‘Thriller’

In later years Leon Chancler was Adjunct Assistant Professor of Jazz Studies at the University of Southern California.