LENNY: IN THE MIX 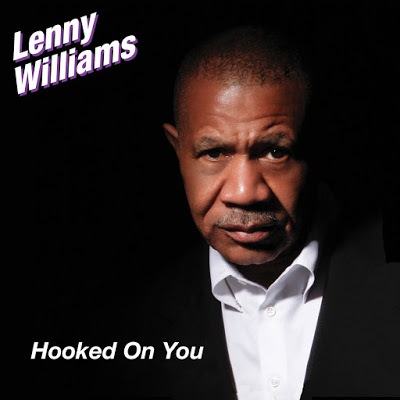 Proper soul fans were delighted when the ever-dependable LENNY WILLIAMS recently released a new single. The cut ‘Hooked On You’, from his upcoming ‘Blues, Grooves And Other Moves’ album , scaled the UK soul charts… and little wonder; it was a classic mix of contemporary and retro and the ex Tower Of Power man was in his usual fine form.

The good news for all Williams’s fans is that the cut has just been treated to a great Philly style remix from mix man of the moment, Nigel Lowis. The tweak comes via the DSG Label’s production off shoot, Music 2 Music and if you’re looking for the perfect summer soul groove – this is the one!

This new version starts with a subtle spoken intro before the sweet, sweeping strings take the tune up and on. Slightly faster than the original version, the new mix clocks in at over six and half minutes, but the interest never wanes. Watch this one fly when it gets official release on August 3rd.