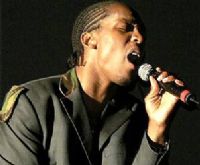 Marking a new chapter in his career, LEMAR is set to release his fourth studio album – ‘The Reason’ and the lead single ‘If She Knew’ this November. For the album he collaborates with producers JIM JONSIN (LIL WAYNE), JIM BEANZ (TIMBALAND, JUSTIN TIMBERLAKE, NELLY FURTADO), JACK SPLASH (ALICIA KEYS, CEE LO) and SOULSHOCK & KARLIN (WHITNEY HOUSTON, 2PAC) SALAAM REMI (AMY WINEHOUSE, NAS, FUGEES). LEMAR has spent the last two years crafting his new LP, recording in Los Angeles, Miami and Sweden. Showcasing his production and writing talent, his people claim that the new album signals a new direction in LEMAR’S musical sound. The first single, ‘If She Knew’, co-produced by SOULSHOCK and KARLIN comes in a number of remixes with the SNOWFLAKERS tweak offering most for soul people with its infectious mid-tempo groove and delightful keyboard fills.