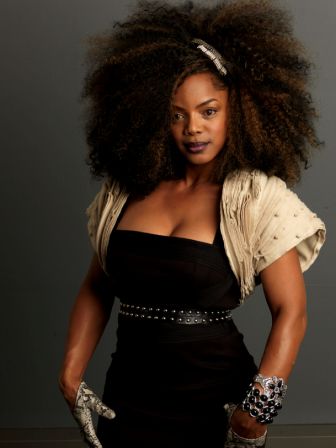 Modern soulstress LEELA JAMES is currently working on a tribute album to the late ETTA JAMES… an artist from whom she took her performing name. The album – provisionally titled ‘In The Spirit Of Etta James’ – will be released on Shanachie Records in the Spring.

LEELA says – “I think ETTA JAMES sang from real pain, which truly made the blues and soul of her music special. Very few artists are able to convey that sincere pain in their music. To have the opportunity to do an album paying tribute to the late Etta James is an honour and it is my intent to keep her legacy of music alive in doing so.”

‘In The Spirit Of Etta James’ will feature LEELA’S distinctive versions of songs previously done by ETTA as well as a couple of originals inspired by the iconic singer. The album will include songs like ‘I’d Rather Go Blind,’ ‘Something’s Got A Hold Of Me’ and ‘At Last,’ and more obscure compositions like ‘It Hurts So Much,’ ‘I Never Meant To Love Him’ and ‘I Want To Ta Ta You Baby.’