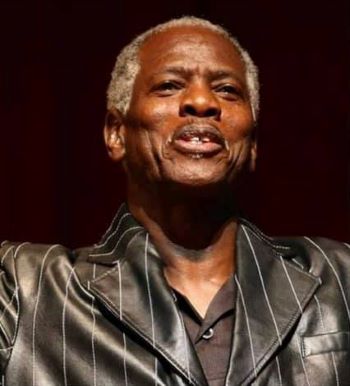 Celebrated gospel singer , LEE WILLIAMS died on Monday, 31st August. Williams  was lead singer with The Spiritual QCs. He was 75 and the group’s Facebook page posted this message: “It is with our deepest sorrow that we announce the passing of our fearless leader, Dr. Lee Williams. Though he has moved from his temporary house, the love, the memories and the music will linger on.”

Williams hailed from Tupelo, Mississippi and was brought up in the gospel tradition but his first job was as a truck driver. In 1968 he founded The Spiritual QCs with Willie Ligon, Al Hollis, Patrick Hollis , Leonard Shumpert and Tommie Harris. Williams and Ligon shared lead vocals on early records but after Ligon quit, Williams became the sole lead and his name fronted the band – Lee Williams and The Spiritual QCs.

The band were mainstays of the southern gospel circuit but in 1990 they won national acclaim with their album ‘Jesus Is Alive And Well’. More successful recordings followed and in 2001 the group won “traditional Quartet of the Year” at the Gospel Music Excellence Awards. In 2010 Williams won the Stellar Awards’ James Cleveland Lifetime Achievement Award. He retired from performing in 2018.