LAYING IT ON THE LINE! 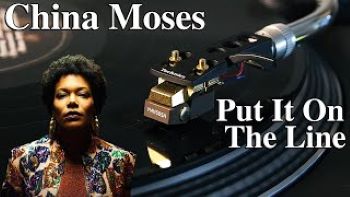 CHINA MOSES is a jazz singer with a great pedigree  – the daughter of jazz multiple Grammy award winner Dee Dee Bridgewater, dad is theatre, film and television director Gilbert Moses. Little wonder music and performing have been with China right through her life!

Ms Moses has been around the jazz scene since the late 90s but next month she’s releasing a brand new EP – China Moses & The Vibe Tribe’ (out October 8th.). From it, she’s just released the single ‘Put It On The Line’ – a brash, bluesy jazz live  reworking of a song from her ‘Nightingales’ album. It’s one of the focus cuts on the EP alongside a cover of Janis Joplin’s ‘Move Over’