LAYING DOWN THE LAW…. 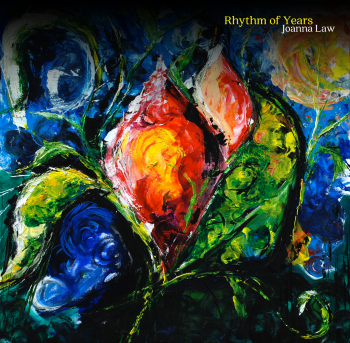 JOANNA LAW is a British singer/songwriter who in a varied career has featured on four top twenty hits and, more importantly, is held in high regard by fans of late ‘80s/early ‘90s DJ/producer led music – an era when Joanna worked with Way Out West, The Space Brothers and, most successfully, Pressure Drop.

Joanna was born in Trinidad but on relocation to the UK, Joanna and her 3 brothers started playing music together – experimenting and playing inbands in their teens and later they would gravitate to the”proper” music business, just when putting out records independently was becoming viable.

One brother, Simon went on to find fame with Soul II Soul. Joanna regularly worked with him on his own projects though her main collaborative outlet was via the Pressure Drop duo (Justin Langlands and Dave Henley).

In 1990 Joanna enjoyed her biggest success with an electro/soul version of the Ewan McColl folksong ‘The First TIme Ever I Saw Your Face’ (most famous, of course, in its Roberta Flack reading). It was produced by brother Simon and organ maestro James Taylor guested on Hammond.

Joanna recorded regularly through the 90s but as the new millennium dammed, she became more and more disillusioned with the increasingly corporatized music business. Consequently, she turned her back on music, raised a family and trained as a psychotherapist. She still records sporadically; some will know her work on brother Simon’s 2017 ‘Look To The Sky’ album.

Now, after a long(ish) and varied career, Joanna has her own album out. Tangential Music has collected the very best of Joanna’s output and packaged it into a 21-track long player, aptly titled ‘Rhythm Of Years’. The release of the album is prefaced by the single ‘Song For Theo’ – a lovely, lithe, Latin-tinged affair that looks to better times ahead.  Originally released as a limited 12” single in the early 00’s, it’s now refreshed and re-edited, providing a welcome antidote for the current doom and gloom. Sonically, with its insinuating vocal, gentle jazzy vibe, and sensual but never frantic synthesized percussion, it’s a perfect introduction to the sound of Joanna Law.

‘The First Time Ever I saw Your Face’ is another highlight on ‘Rhythm Of Years’. Here it’s offered in three varied but satisfying mixes. A cover of Van Morrison’s ‘Warm Love’ is another standout, and you can also enjoy Joanna’s Pressure Drop material and plenty of other gentle, soothing, almost ambient sounds to ease you out of winter into spring; out of lockdown and into… whatever?