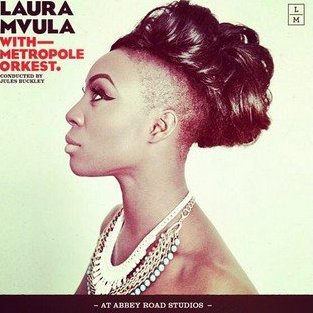 One of Brit soul’s 2013 revelations was the emergence of LAURA MVULA as a major talent. The Brummie songstress dubbed “The voice of 2013” by The Evening Standard wowed all comers with her debut LP ‘Sing To The Moon’.

In the absence of any new material she’s gone and recorded her break through set all over again. This new recording took place at London’s legendary Abbey Road Studios with the Dutch Metropole Orkest (the largest full-time orchestra of its kind in the world) and led by conductor Jules Buckley, the album contains new arrangements of all twelve tracks on the original version and will be released through RCA Victor (Sony) on 11th August.

Laura and Jules first worked together at last year’s Urban Proms and following the outstanding reaction from the show, the team decided to go ahead and re-record the album ‘Sing To The Moon’