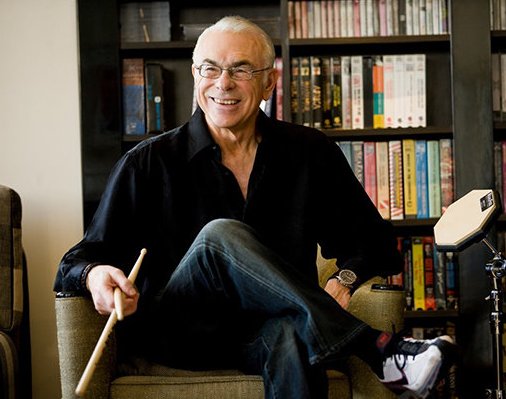 Born in the Bronx in 1940, his greatest achievement will be seen as the creation of GRP Records. He officially set up the label in 1982 with pianist Dave Grusin – hence “GRP” – Grusin/Rosen Productions… though the pair preferred the nickname “great records: period”. Rosen, a trained drummer, had gotten to know Grusin when they were both in Andy Williams’ band and their business partnership was seen as a logical outcome to their friendship. Prior to the official birth of GRP the pair had acted as independent producers – leasing GRP material to labels like RCA, Blue Note and CTI

GRP was set up against the advice of their financial advisers and lawyers and Rosen and Grusin mortgaged their homes to borrow money to launch GRP. “It was two musicians who just believed in the music and merging technology with quality product. We wanted to see if audiences would like it and they did”, said Rosen

GRP championed jazz-fusion and smooth jazz and enjoyed much crossover success. It was voted Billboard’s No. 1 contemporary jazz label for five consecutive years and won 33 Grammys. Its catalogue included albums by people like Chick Corea, Lee Ritenour, Diana Krall, Tom Browne, Will Downing, George Benson, Diane Schuur, Patti Austin, Dr. John, Ramsey Lewis and Grusin himself. On the technological side, GRP was noteworthy as the first record label to use digital recording technology for all its releases and issue every release in the new CD format.

GRP was eventually sold to MCA Records in a multimillion-dollar deal, with Rosen remaining as president and CEO of the label until 1995.

Rosen then went on to found N2K – one of the first online music sites. For television, Rosen created and produced a series ‘Legends of Jazz’ with pianist Ramsey Lewis in 2006. He also established the annual Sarah Vaughan International Jazz Vocal Competition in 2012 at the New Jersey Performing Arts Centre in Newark. More recently, Rosen’s main focus was on producing jazz concerts.