LAND OF THE MIDNIGHT SUN… 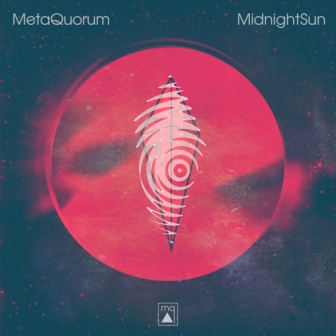 Ermakov began studying piano in St Petersburg aged just 6 and at the State conservatory he majored in classical piano and composition. Through the 80s and 90s he gigged with a number of top Russian rock and jazz outfits. The avant garde nature of his music often brought him into conflict with the authorities. After the collapse of the Soviet Union, Dmitry concentrated on soundtracks and in 1993 he emigrated to the UK where he’s worked consistently with a number of experimental music collectives.

In November 2014 he joined forces with sometime metal drummer Koos van der Velde and the result was Metaquorum and the 10 tracks of ‘Midnight Sun’. Drawing on inspiration from artists as diverse as Miles Davis, Kraftwek and Led Zeppelin, ‘Midnight Sun’ is as experimental as any “structural fusion” you’re likely to encounter.