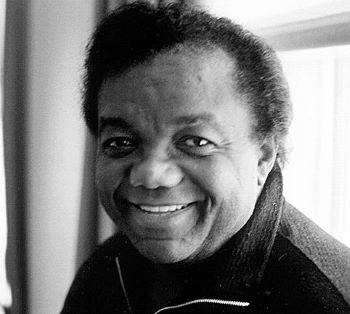 By now you will be aware of the death of soul legend LAMONT DOZIER. He passed away today, Tuesday 9th August in California. The news was confirmed by his son Lamont Dozier Jr. Few details are available but just before the pandemic, he was forced to cancel UK shows because of ill health. Lamont was aged 81 and his death comes less than a week after the passing of another soul legend, Sam Gooden of the Impressions. Sadly, soul fans will need  to get used to the passing of their heroes and heroines in the coming years. Such is  their demographic.

This is not the place nor the time to offer an in-depth review of Lamont’s life. A life that was lived to the full. His craft as singer, songwriter and record producer provided the soundtrack to most soul collectors’ lives. His achievements are numerous – in brief he co-wrote and produced 14 U.S. Billboard number 1 hits and 4 number ones in the UK. His skills at Motown and beyond helped craft countless other hits that endure today. Even those Dozier songs that failed to chart – album tracks and so on, have won places in the hearts of soul connoisseurs.

Born in Detroit, Lamont  nursed ambitions to be a performer but after teaming up with the Holland brothers (Brian and Eddie) he found his forté as writer and producer. Working in the cauldron that was the Motown “snake pit” studio, the H-D-H triumvirate penned and produced so many classic songs that it would take far too long to name them all here. They defined the “Motown Sound” and soul fans know them anyway!

It’s also well documented that after a spat with Berry Gordy over royalties, H-D-H quit Motown to set up their own labels – Invictus and Hot Wax and there, the hits continued to flow. In 1973 Lamont broke away from the Hollands to work on his own and he quickly carved himself a niche as classy, sophisticated soul singer. His solo albums like ‘Black Bach’ and the prophetically titled ‘Out Here On My Own’ are revered by soul connoisseurs. Through the 80s and 90s Lamont continued to work, diversifying into stage shows and film music . He also went on to record solo albums featuring many of his best known Motown songs  and it goes without saying that he was a member of the Rock and Roll Hall of Fame.

Sadly I never met or interviewed Lamont Dozier but fellow soul scribe / collector /podcaster Toby Walker ( http://www.soulwalking.co.uk/) did . He tells us that Lamont was a perfect gentleman…courteous and unassuming despite his myriad achievements. Toby counted Lamont as a friend  and our top picture is  one that Toby took of Lamont a few years back.

Lamont Dozier was a soul one off. He made all our lives so much richer. May he rest in peace.