LADIES OF THE 80S AND ROY AYERS REISSUED 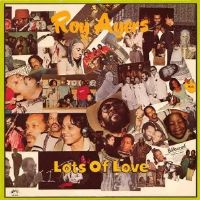 ‘Eighties Ladies,’ the only album by the all female vocal quintet, LADIES OF THE 80s (led by singer, Sylvia Striplin) gets remastered and reissued for the first time by the UK-based Universal Sound label (an imprint of Soul Jazz Records). Originally produced by Roy Ayers for his own Uno Melodic label in 1980, the album became much sought after by collectors, who revered it for the cult Rare Groove track, ‘Turned On To You.’
Also released by Universal Sound is the collectable ROY AYERS’ album, ‘Lots Of Love,’ released on Uno Melodic in 1983. Key tracks are the Fela Kuti collaboration, ‘Black Family,’ and a hypnotic, moody groove called ‘Chicago,’ which has exerted a profound influence on the Detroit techno and house fraternity. The album’s contributors include Brian Jackson, Lesette Wilson and James Mtume.
For more information go to: http://www.souljazzrecords.co.uk/index.php

Tags: LADIES OF THE 80S AND ROY AYERS REISSUED