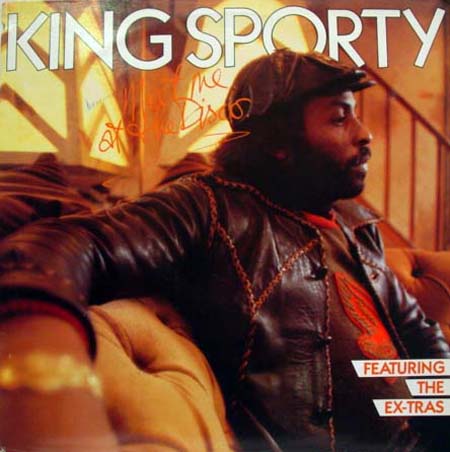 Born in Portland, Jamaica, Sporty began his music career as a session player in Clement Dodd’s famed Studio One. In 1965 he released the song ‘El Cid’, credited to King Sporty and Justin Yap.

In the early 1970s Sporty moved to Miami and began producing music there and his sound evolved from reggae to funk and on to disco. He worked with KC and the Sunshine Band and other TK Records artists, as well as Bobby Caldwell. He also had a few minor disco hits of his own like ‘Do You Wanna Dance’ and ‘Meet Me At The Disco’. Later he moved towards a more electro-based sound using the working name The Ex Tras.

Sporty married soul diva Betty Wright in 1985 and though they later separated, reports say that Ms Wright was at his hospital bedside when he passed.

In 2010 Sporty was given the Lifetime Achievement Award at the International Reggae and World Music Awards.