KING OF THE CASTLE 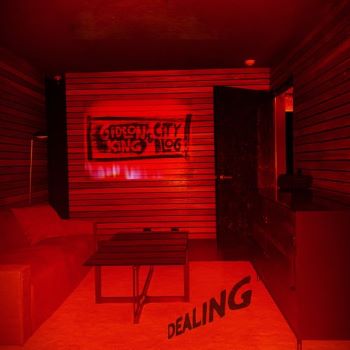 GIDEON KING & CITY BLOG (GKCB) are a New York based Soul/Pop collective. Guitarist King,  a native New Yorker, grew up surrounded by a wide range of music. His brother was a jazz prodigy who was already playing with the likes of Dizzy Gillespie at the age of ten; his parents were classical purists who just about acknowledged even the mere existence of pop and jazz while Gideon’s sisters turned him on to the likes of Neil Young, Jimi Hendrix, and Pink Floyd. When he launched Gideon King & City Blog in 2015 he  envisioned a studio project that synthesized all sorts of formative influences into his own sound – a sound that would feature a rotating cast of musicians who would be used  based on the needs of each tune. So far Gideon’s band has featured people  like guitar pioneer John Scofield (Charlies Mingus, Miles Davis), sax legend Donny McCaslin (David Bowie, Bobby McFerrin), vocalist Marc Broussard, and bassist James Genus (Herbie Hancock, Chick Corea).

Here @ SJF we got to know Gideon’s music via his late 2021 outing  – ‘Just Another Story’ which was a wistful ballad featuring an ethereal vocal from Alita Moses. We’re more than pleased to report that GKCB have just launched a new single – a quite lovely, ‘Dealing’. The song’s a paean to NYC and King says, “I wrote the tune thinking, ‘I won’t leave NYC no matter what.’ It’s New York and there isn’t anything like it in the universe.”

The sweet and lovely blue-eyed vocal comes from Mike Stephenson with additional background vocals from the aforementioned Alita Moses. Sonically, if you enjoy the music of people like Isaac Aragon and Mamas Gun, I can guarantee that you’ll love the sound of ‘Dealing’. But, as ever, you need to make up your own minds, something that King is very keen on, He says: “I never see the need to tell anybody what a specific composition is about. In the end, the impact and meaning of any song is up to those who listen.” There you go; you should really investigate though!