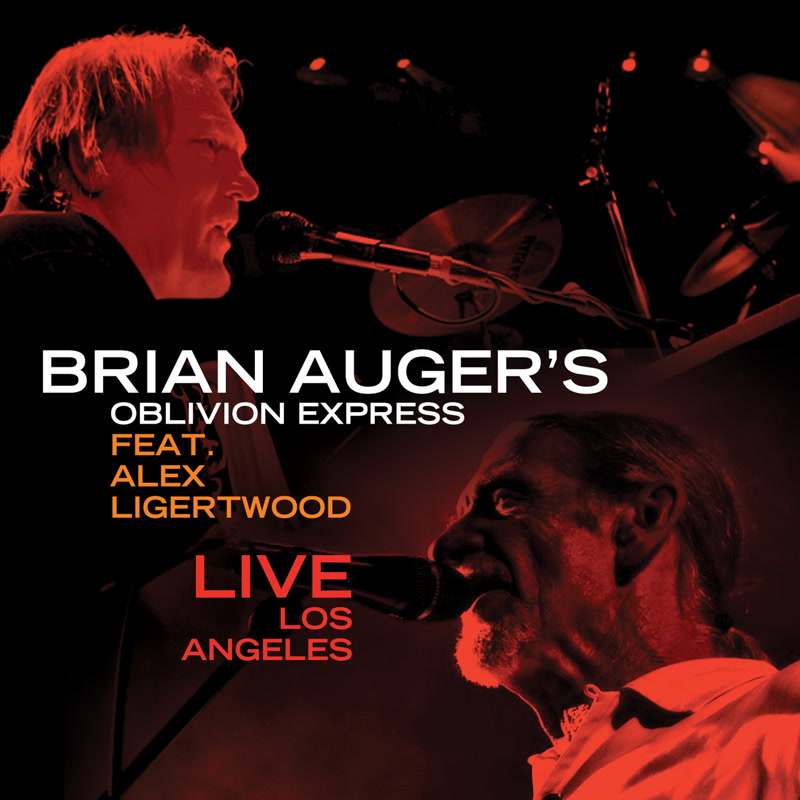 Fans of the classic keyboard sound will be delighted by two upcoming albums from British maestros.

First up there’s ‘Live In Los Angeles’ from veteran organ grinder, BRIAN AUGER. The album is credited to Brian Auger’s Oblivion Express featuring Alex Lighterwood and Lighterwood’s vocals really do bring another dimension to the music.

Brain Auger, has of course, been musically active since the 60s when he fronted legendary bands like The Steampacket and the Trinity but it was with the Oblivion Express that he really made his name, especially with the LP ‘Closer To It’ which featured on the Jazz, Rock and R&B charts simultaneously. And despite his British roots, in 2007 Brian was awarded The Certificate Of Special Recognition from the US congress for contribution to the art of jazz.

‘Live In Los Angeles’ was recorded at the Baked Potato Club in LA in September 2013 and the band comprises of Auger on Hammond and fender Rhodes, Yarone Levy on guitar, Les King on bass, Karma Auger on drums and Lighterwood on vocals. The album boasts 13 tracks across 2 CDs and includes loads of favourites including the soul hit ‘Happiness Is Just Around The Bend’.

The album is out on Freestyle Records at the end of October and Brian and the band are touring the UK in support of the album.

The second upcoming specialist keys album offers something quite different… and probably unique! It comes from the JAMES TAYLOR QUARTET and it’s his setting for the Catholic Mass. Recorded live in Rochester Cathedral with full choir, it’s simply called ‘The Rochester Mass’.

The notion of a Catholic mass being sung in conjunction with The James Taylor Quartet might sound bizarre, but there is some rationale behind the thinking since it continues Taylor’s exploration of jazz and classical music first examined in the JTQ’s 2013 album ‘Closer To The Moon’.

There’s also a personal motivation behind the recording. Taylor’s father suffered from Alzheimer’s Disease and as he lived near Rochester’s cathedral, James would often go in to reflect, eventually immersing himself the sacred music for which the cathedral was famous and creating his own piece of religious music was the logical outcome.

The project didn’t lend itself to the trademark JTQ Hammond organ sound, though, so Taylor shifted to his Fender Rhodes and composed a mass using all the different aspects of the Latin text – the Kyrie, the Benedictus, the Sanctus, the Gloria – with Taylor dividing each in half and writing a classical intro followed by a jazzy, funky Part 2.

The result is a complex and always surprising body of music which will be officially available from the start of December.