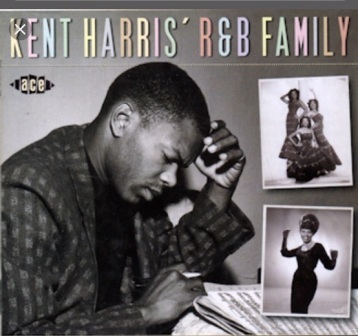 US soul media is reporting the death at age 88 of soul entrepreneur, singer and writer KENT HARRIS. His passing was announced by his daughter Karime Harris who said her father died on April 9th at his Southern California home. She added that he’d been suffering with cancer.

To European soul cognoscenti, Kent Harris is probably best remembered for his Romark label which he set up in Los Angeles in 1963. He had however begun his musical odyssey as a singer in the 50s. Working as Boogaloo And His Gallant Crew, his Crest single ‘Cops And Robbers’ was a top ten hit and was also successfully covered by Bo Diddley. Kent then moved into talent spotting, writing and production – amongst his achievements was his “discovery” of Brenda Holloway and Walter and Wally Scott who went on to form The Whispers. In 1963 he decided to form his own label – Romark … named after his son. Amongst the artists on Romark was his wife, Ty Karim. The label lasted until ’73 when Harris moved away from music. But in 1978 Kent was back with a new label – Sheridan House (named after another son). That label’s output was sporadic to say the least but it did release plenty of great soul – much now, of course, hugely collectable. Later and on into the  2000s he ran his record shops and stalls.