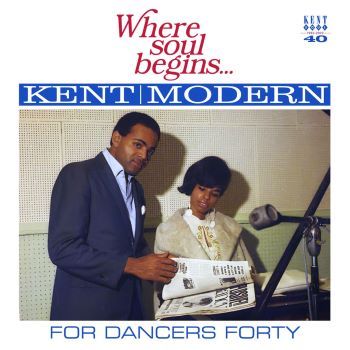 It’s been forty years since Ace Records subsidiary, KENT issued its first vinyl LP – the ground breaking ‘For Dancers Only’. To celebrate the anniversary the label has issued some special albums, notably LP and CD versions of  ‘Kent Forty Forever’ compilations.

Now we’ve learned that the venerable label has just launched  a 40th anniversary exclusive digital campaign. During the next four months, Ace/Kent will release forty digitally previously unreleased Kent titles. First up is a digital selection containing nine tracks taken from the LP and CD versions of the aforementioned ‘Kent Forty Forever’ compilations. They include ‘Walk The Chalk Line’ – The Teen Queens and  Gonna Put It On Your Mind’ – Arthur Adams. Upcoming titles will include things like B .B. King’s ‘Flying High’, James Carr’s ‘What The World Needs Now’, Milton Bennett’s ‘What’s One More Lie’ and the Arthur Wright Orchestra’s ‘If I Could Turn Back The Hands Of Time’.