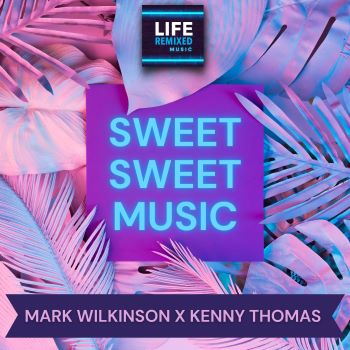 One of the various ways that Mr T is raising the money is via his music and to that end he’s just released a new track in collaboration with house producer, Mark Wilkinson. The pair have just worked on a new mix of Kenny’s 2016 tune ‘Sweet Sweet Music’. The new tweak is upbeat throughout and features input from Michele Chiavarini and Toni Economides. Kenny’s wonderful voice is right out front while his wife Francisca adds BVs – it’s a family affair.

More importantly, proceeds from the record will go to help Christina who was diagnosed with an inoperable brain tumour at the age of just four and given just 6 months to live. Having rejected non-curing treatments in the UK, Kenny and his wife Francisca found help for Christina from German medical experts and she is now a happy 8-year-old who remains reasonably stable. The Thomas family continue to defy all the odds stacked against them and their fight goes on to help find funds for Christina’s ongoing expensive treatment.

Producer Mark Wilkinson says:“I was so moved by Christina’s story when I interviewed Kenny for my ‘Straight-Talking’ series, I felt compelled to do something to help, so Kenny and I revisited the ’Sweet Sweet Music’ project together and we both feel it’s by far the best dance record we’ve ever made!”