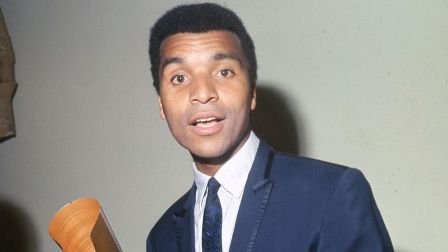 UK singer and all-round entertainer, KENNY LYNCH died yesterday, 18th December. He was 81 and though no cause of death has been revealed, it’s been known that Kenny had been ill for some time.

Born in London in 1938, Kenny went into show business after his National Service and in the 60s he’s maybe best remembered for his cover version of the Beatles’ ‘Misery’ (the first cover of a Beatles’ song) and the his ‘Up on the Roof’ and ‘You Can Never Stop Me Loving You’ hits– the former a credible version of the Drifters’ Goffin/King penned song.

In the late 60s and 70s he continued to record but he was also an ever-present on the UK light entertainment scene – appearing in variety, quiz shows and movies. Kenny was also an influential songwriter, penning songs for Cilia Black, the Hollies, Small Faces and many others. He also collaborated with legendary songwriters like Mort Shuman and Jerry Ragavoy. Indeed many of Kenny’s recordings became big tunes on the Northern and rare soul scene… notably ‘I Just Wanna Love You’ and the still popular slowie ‘Movin’ Away’. Kenny’s ’83 release ‘Half The Day’s Gone And We Haven’t Earned A Penny’ was a popular tune of the 80s Brit soul scene.

In 1971 Kenny was awarded the OBE and in 2018 he went on a concert tour with Jimmy Tarbuck and Anita Harris, as well as appearing in ITV’s ‘Last Laugh in Vegas’.