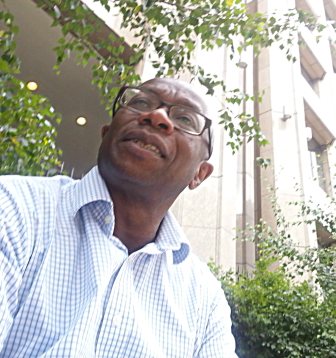 DEE’S been working in the soul business for over forty years. His odyssey began in the mid 70s when he secured UK promotion rights to the Casablanca label (home, you’ll remember to people like DONNA SUMMERS, CAMEO and PARLIAMENT). Mr. M also promoted LUTHER’S legendary Cotillion long player, PEABO BRYSON’S albums as well as the whole Salsoul 12″ thing.

In the 80s and 90s he worked as a songwriter, producer and label owner… with his Seven Universal Records winning acclaim for their consistent indie soul compilations. DEE even found time to write poetry. His book, ‘Soul on the Edge’ going on to win the ACER, Black Penmanship award. For the last 20 years his soul network has grown … and his most recent labels – Madkonnects and MAPP have continued to unearth indie soul gems – the most famous being CHANEL’S ever-lovely ‘My Life’ though his work with harmony group METROPOLIS is revered by knowing soul collectors.

Musically refreshed, after a short hiatus in Central America, DEE MAJEK, returns re-inspired to launch his new project KEJAM with a double-sided single ‘Dystopia’ and ‘Radian’. The two cuts are groove based instrumentals with a strong jazz undertow (keys courtesy of JAMES COLAH) and are taken from the forthcoming album ‘Dystopia’. As DEE states “The inspiration behind this project was my burning desire to revisit my musical roots, reinvent the music of those halcyon days that I’ve always loved to listen, buy and danced too as an ardent collector in the Seventies and Eighties growing up in South London.”

‘Dystopia’/’Radian’ is out now on VEC Records… and for more information Email: deemajek@gmail.com