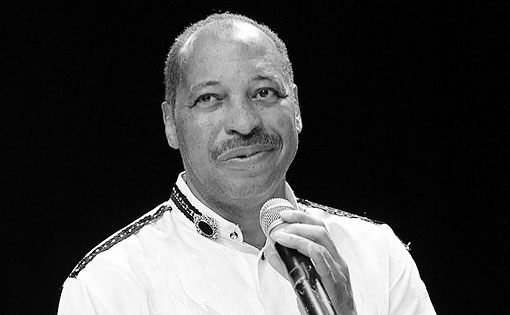 Various soul sites are reporting the death of HEATWAVE co-founder, KEITH WILDER. Details are scant but it appears that Keith died on Sunday, 29 October and he was aged 67.

Wilder formed Heatwave with his brother Johnny while serving with the US forces in Germany in the early 70s. After several personnel changes the band relocated to England and in ’76 they released their first album, ‘Too Hot To Handle’ which spawned the huge disco hit ‘Boogie Nights’. That hit was followed by the lovely ‘Always And Forever’ – an enduring ballad that’s been covered by dozens of soul greats. The band’s other hits included ‘Grooveline’ and ‘Mind Blowing Decisions’.

Sadly the band suffered a number of sad setbacks – bass guitarist Mario Mantese was stabbed by his girlfriend and vocalist Johnny Wilder was in a car accident in his home town of Dayton that left him paralyzed from the neck down. Johnny continued to work with the band though touring vocalist was JD Nicholas. However by the mid 80s the band had started to disintegrate and, of course, keyboardist Rod Temperton was finding more and more work with the Quincy Jones/Michael Jackson nexus.

Though Johnny Wilder moved over to gospel (before his untimely death), brother Keith tried to keep the Heatwave brand alive forming various touring bands. Keith is survived by his mother Lucille; his wife, Linda; three brothers and four children.