KEEPING IT IN THE FAMILY… 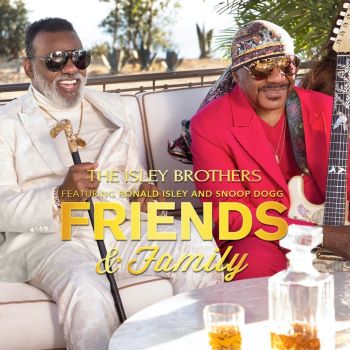 Latest single from the ISLEY BROTHERS (now trimmed to vocalist Ron and guitarist Ernie) is a breezy, summery groove, ‘Friends And Family’. As the title suggests the song extols the virtues of family bonds and friendship links but what makes the cut so damn catchy is the lovely, gentle steppers rhythms and Ron’s still magical voice. Making the track just a little different is some cool input from Snoop Dogg (on a sabbatical from Just Eat?). The whole thing is bright and optimistic, and that good time vibe is underlined by the song’s video. Which you can catch on line.

American sources are also reporting that Ron (now aged 79!) is collaborating with Dr Dre on new music. No word whether the link up is for a future Isley album or a Dr Dre collection. Sounds interesting whatever.