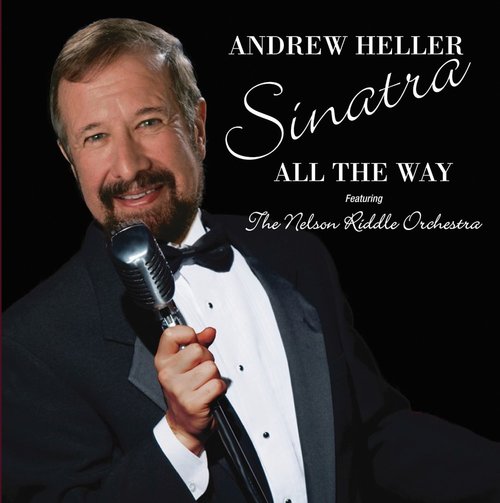 Back in 2015 to commemorate FRANK SINATRA’S centenary all kinds of tributes, projects and homages were launched. One of the best came from US easy-listening/lounge jazz singer ANDREW HELLER. He released an acclaimed set, ‘Sinatra My Way’ on which he covered a collection of ‘ol blue eyes’ classics. Helping him deliver was the famed Nelson Riddle Orchestra, now conducted by Nelson’s son, Christopher.

The album was so well received that Andrew has just released another album of Sinatra covers. Title this time round is ‘Sinatra All The Way’ and amongst the classics included are ‘Come Dance With Me’. ‘Young At Heart’, ‘All The Way’, ‘Fly Me To The Moon’ and ‘Strangers In The Night’. Once again the accompaniment comes from the Nelson Riddle Orchestra.