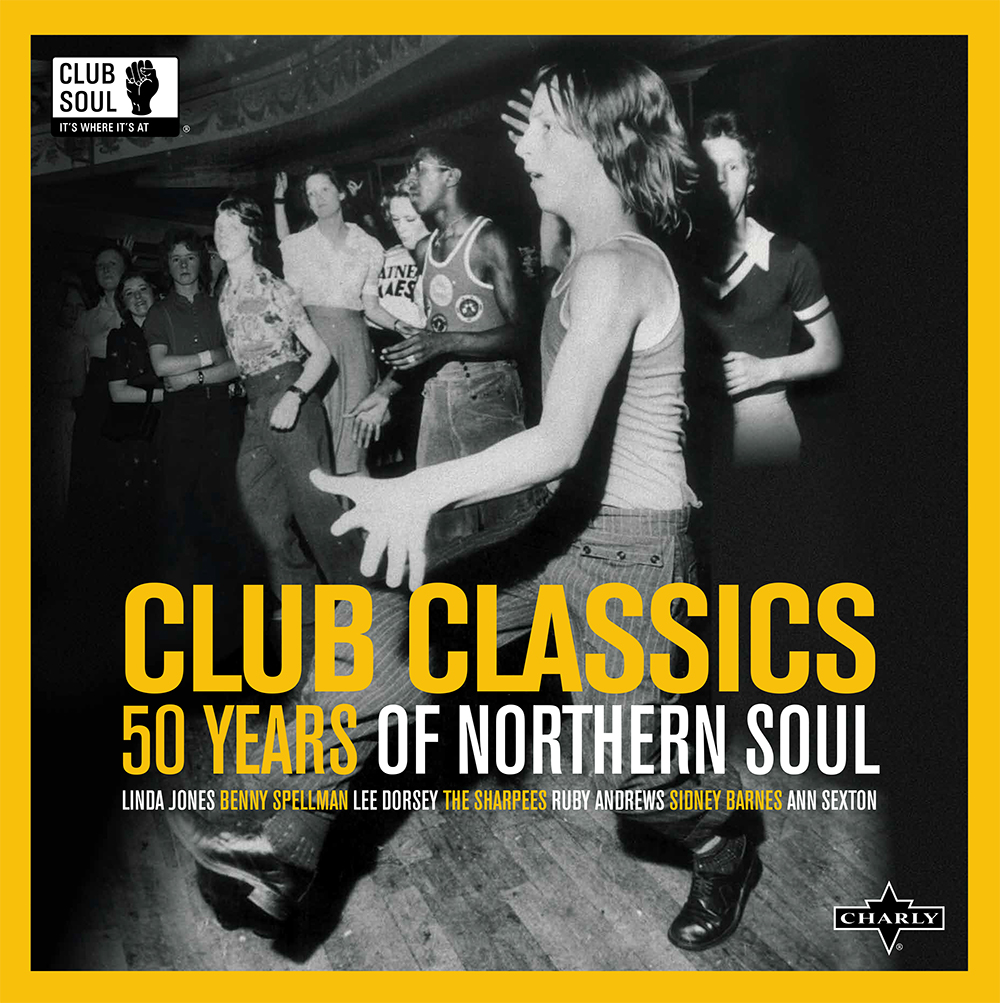 Calling all Northern Soul fans among the SJF readership! Charly Records have just re-launched their Club Soul label (and a companion website – www.clubsoul.co.uk) devoted to obscure and hard-to-find gems from the world of soul and R&B music.

Northern Soul devotees will discover both 180-gram vinyl LPs and 45s available to buy.  For an overview of the genre, there’s ‘Club Classics – 50 Years Of Northern Soul,’ a double LP that charts the development of the rare soul scene in UK clubs in the late 60s that later evolved into a working class music phenomenon in the north of England in the ’70s called Northern Soul. There are 28 key tracks associated with the scene, including Linda Jones’ ‘You Hit Me Like T.N.T.’, Benny Spellman’s ‘Fortune Teller,’ Sydney Barnes’ ‘I Hurt On The Other Side’ and Joe Simon’s ‘The Girl’s Alright With Me.’

Other LPs in the series profile some of the key clubs – and the music they were associated with – that birthed the Northern Soul scene. ‘The Twisted Wheel’ is a 14-track single LP highlighting the legendary Manchester Twisted Wheel club’s influence and features crucial cuts from Bobby ‘Blue’ Bland, The Sahrpees, Solomon Burke, Ernie K-Doe, and many others.

‘The Scene Club’ focuses on 16 tracks that lit up a Mod hangout located in Ham Yard, London, that sowed the seeds for the UK rare soul scene in the early to mid-’60s. Highlights include Ike & Tina Turner’s ‘A Fool In Love,’ Bessie Banks’ ‘Go Now,’ Don Gardner and Dee Dee Ford’s ‘I Need Your Loving,’ and Bettye Everett’s ‘I’ve Got A Claim On You.’

One of the Northern Soul scene’s most hallowed haunts was the legendary Wigan Casino – once voted the world’s best disco – which is celebrated by the compilation, ‘Wigan Casino Soul Club.’ Featured are cuts by the Skull Snaps, Clarence Murray, The Young Savages, and Maurice Williams.

Now available on 45s are songs by Little Hank, Ernie K-Doe, P.P. Arnold, Ann Sexton, The Ad Libs, and others.

For more info and full track listings go to: www.clubsoul.co.uk