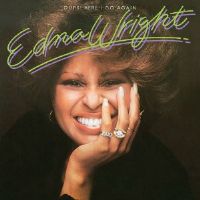 Reel Music, a Stateside-based record company set up by Paul Williams a couple of years ago, is justifiably gaining a reputation as one of the best soul music reissue labels around.
The company prides itself on producing an attractive, value-for-money, package that collectors will crave – all the albums are remastered from the original master tapes and are accompanied by extensive liner notes that often feature in-depth interviews with the artists themselves. The booklets also feature rare photos and memorabilia.
Just out on Reel is a long sought-after Rare Groove album by EDNA WRIGHT. ‘Oops! Here I Go Again’ originally released on RCA in 1977 was the only album by the ex-Honey Cone singer and makes its CD debut thanks to Reel. Also just out on CD for the first time is PHYLLIS HYMAN’S Arista swansong, 1985’s ‘Goddess Of Love’ with production input from Narada Michael Walden and Thom Bell. Look out for reviews soon at www.soulandfunkandjazz.com

Also out on Reel are the following CDs:

Reel Music releases are available via most specialist internet retailers.