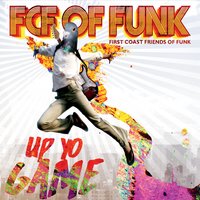 JOE SENGER is an old school funkster. The multi instrumentalist (Joe plays drums, bass, percussion and sings too) fronts a band called FCF OF FUNK (First Coast Friends Of Funk) and they debuted in 2011 with the well-received, hard and funky ‘Never Too Late’.

The long player was officially released on Halloween – apt for two reasons, the set is packed with frighteningly funky grooves and the date is also the birthday of Joe’s late brother, Billie, who was big influence on him.

The album’s big tune is ‘Up Ur Game’ which comes in two formats – the original tweak and a wild ‘Buckman Bridge Mix’. Fans of funky vocals need to check Joy Dennis on ‘First Down On The 1’ and you can do just that @ www.fcfoffunk.com