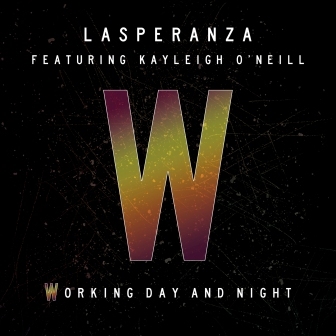 Last month we brought you news of a new project from UK producer/musician RICO GAROFALO. Rico is a sax player by trade and he’d always harboured hopes to make an album of his versions of soul and dance classics – the kind of music that inspired him through the 80s. Using the brand name LASPERANZA (the name is something to do with “hope”), he set to work on an album called ‘Seeds’ and we tasted his ideas via a lovely rolling version of Gwen Guthrie’s ‘It Should Have Been You’ (vocal from Izzy Chase)’

Rick has now released the second taster from the long player… an intriguing version of MJ’s ‘Working Day And Night’. Vocalist here is Kayleigh O’Neill.

The tune is available via Dome Records right now and we’re told that the parent album (‘Seeds’) will be good to go May 10th.