KEEP WISHING ON A STAR…. 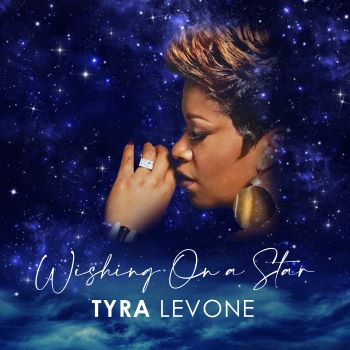 TYRA LEVONE is a gospel-raised soulstress from Washington DC, and her 2018 ‘Testimony. A Soul Set Free’ album impressed modern soul buffs – those who really understand the genre. The ballad ‘This Is My Time’ was particularly powerful. The album was followed by a sweet single, ‘Keep Stepping’ – a big optimistic, steppers tune with a message that referenced gospel and secular themes.

The good news is that Ms Levone is readying a follow up album, ‘Chronicles of Life’, scheduled for release in June 2021. In the meantime, Tyra has just released the LP’s first single – a cover of ‘Wishing On A Star’. It’s not radically different to the Rose Royce original but there’s no doubting the gospel power in the vocal while the sax infills from guest player Marion Meadows add to the delight. Tyra says she chose the song because “it takes your mind on a trip of love, life, and dreams fulfilled. I’m just a schoolgirl at heart who’s still ‘Wishing On A Star’.” Very sweet – just like her treatment of the song. Out now!