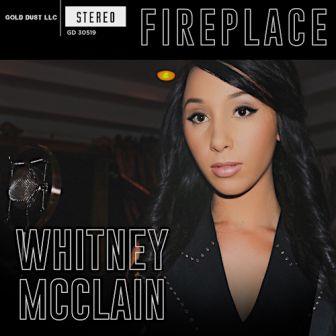 ‘Fireplace’ is the latest offering from young American soulstress WHITNEY McCLAIN and despite her relative youthfulness, the song is incredibly mature – the kind of thing that someone likes Gladys Knight would record!

Whitney hails from Willamette Valley, Oregon and despite severe health problems, she’s pursued her musical dreams. She debuted in 2015 with the single “Bombs Away’ which was followed by a couple of well received EPs and now she’s busy promoting the old school soul ballad ‘Fireplace’, which was produced by U.K. production duo Da Beatfreakz.

Whitney says: “My goal is to keep going, to keep improving both as a person and an artist. Hopefully, my music continues to reach and inspire people to overcome the hard times that can come up in life. Music is such an important part of my life and I believe it can speak for us when words are not enough. I hope to continue to share my story, my music, and see what doors God opens for me.”