KEEP THAT NIGHT “TURNT” UP!  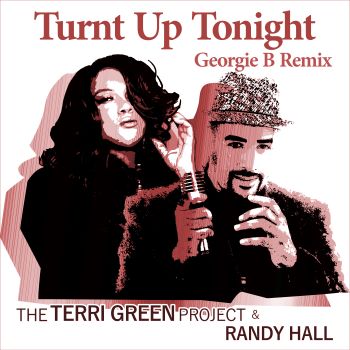 Back in April the soul world embraced a lovely single  from the TERRI GREEN PROJECT. It was a captivating dancer that saw the totally dependable Terri  sharing  vocal duties with Chicago singer/guitarist RANDY HALL. It had all the hallmarks of those great feel good, hands in the air 80s weekender tunes. Co-written with Reggie Staggers (brother of soul crooner Marc) the track featured some stellar players… the NWO (New World Order) Horns… Lenny Harris (Sax), Gilbert Pryor (trumpet) and Wondel Brown (trombone), Thomas Stieger handled the bass while Randy Hall played guitar and Reggie Staggers added extra drum and percussion programming. Production was down to Terri Bjerre, Torsten Abrolat and Reginald Staggers. Demand on the track was so great that after initial release, the team issued a stamina sapping extended mix.

Well, if you want more the “project” commissioned a new mix from good ‘ole GEORGIE B… a man who’s knows his way round the soulful dance scene, for sure. George has grabbed the tune by the you know whats and created a killer groove. This new tweak has  a proper old school feel – much like his work with the Groove Association! He wisely keeps the vocals way up on the mix and adds some classy flourishes including a soulful sax solo from Ian Thompson.

Out now and recommended!