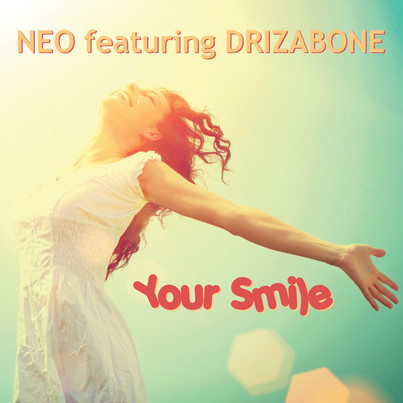 The modern soul world is about to be enthralled with the release of brand new single from a little known continental artist called NEO. .. and the song that will delight is called ‘Your Smile’.

Neo is actually the working name of French composer and pianist Stephane d’Esposito – possibly best known for his album ‘The Pianist And The Poet’, a collaboration with Tony Haynes and described as “a collection of romantic poetry set to music”.

‘Your Smile’ was co-written by Stephane with US soul singer RUDI WILBURN way back in 2005. Rudi learnt his craft in the juke joints of Texas and cites his influences as Barry White, Luther Vandross and Marvin Gaye and it’s his wonderful sonorous voice that graces the song… no wonder it’s been a popular spin on the modern soul scene for a number of years.

Top DJ, Ginger Tony loves the record and plays it regularly. Enter soul entreprenneur Gary Van den Bussche who runs the wonderful DiscoSoul Gold organization …. check out their pages @ www.facebook.com/DiscoSoulGold . Gary heard Ginger playing it out and loved it instantly but he felt it could be even better with a little tweaking; so, Gary then asked Drizabone main man, Billy Freeman, to take on remix duties and add some of his own magic Drizabone modern soul ingredients to the song. The result is a modern soul delight that we’re absolutely confident will be in everyone’s modern soul top 5 come year end!

NEO, featuring DRIZABONE; ‘Your Smile’….. released on December 1st and available via all the usual download portals.