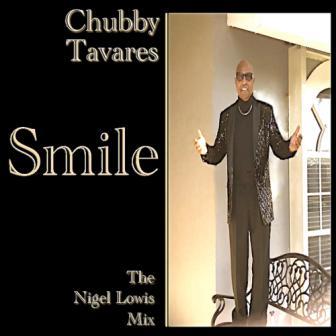 CHUBBY TAVARES’ stab at a solo career goes from strength to strength as his latest single picks up momentum and plenty of radio plays.

For the single Mr T has selected one of his favourite songs – ‘Smile’ (best known, of course, in the Nat King Cole recording though Gregory Porter also featured it on his last album.) Chubby tells us that the Charlie Chaplin-penned ‘Smile’ was one of his mother’s favourite songs (Michael Jackson also nominated it as his favourite) and he adds that he’s honoured to offer his version which has been produced by Preston Glass and Nigel Lowis.

Chubby and team create a charming and sweet new reading; the beginning is subtle and stately before Glass and Lowis craft a gentle steppers vibe over which Chubby floats his vocal. There are two versions available – one with and one without a spoken middle section.