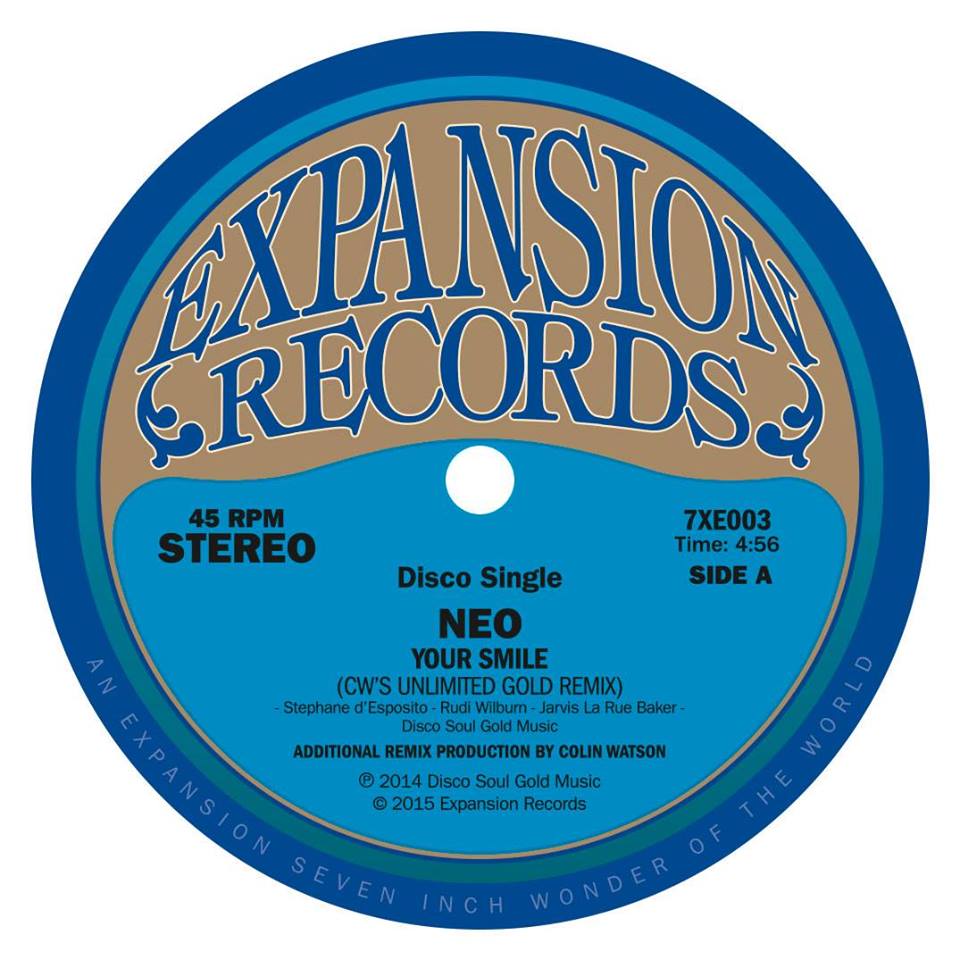 One of last year’s biggest tunes was the revitalised ‘Your Smile’ from NEO. The tune – a collaboration between French pianist Stephane d’Esposito and US soul man Rudi Wilburn had been around since 2005 but had never really taken off. Fast forward to last autumn when, of course, the song was remixed by Drizabone’s Billy Freeman and the rest, we know, is news.

‘Your Smile’ became an instant anthem – the staple of every modern soul room and a mainstay on the playlists of the best soul stations. To guarantee extra mileage more remixes followed but the one the collectors really wanted was the elusive “CW Unlimited Gold Mix” remix that channelled all the big Barry White influences – the drawn out intro and the full ‘Love’s Theme’ thing.

Good news for those soul starved collectors is that that remix is all set for release on a very limited edition 7″ single via Expansion Records. The disc’s a double A sider. One side is the Drizabone remix but the CW tweak on the flip is the one that everyone wants…. be warned though… it is a limited edition and demand is bound to outstrip supply. If you want it you know what you need to do!