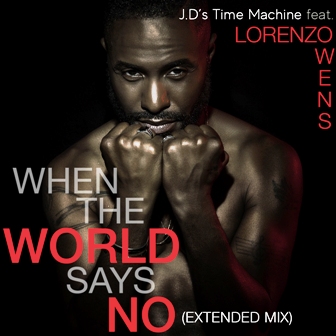 It was August when the JAMES DAY-led JD’s TIME MACHINE hit us with their near perfect modern soul groove, ‘When The World Says No’ which was fronted in fine style by LORENZO OWENS. Owens’ sound and style saw critics make comparison to Ali Woodson and he gave real attack to the tune. Little wonder it was a chart rider and a regular play out on the best soul stations.

Now while the original is still comparatively fresh, Day and his team offer ‘When The World Says No’ in two new tweaks. First up there’s an extended mix which takes the original almost three minutes to just over four. More meaningful maybe is the lovely Boogie Back rework with London’s own Ernie McKone working his usual magic… great stuff….out now!