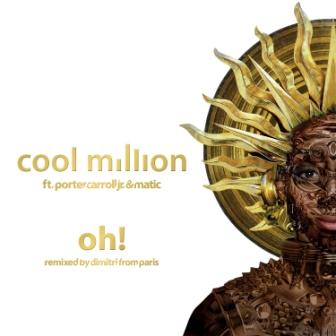 One of last year’s top albums was ‘Sumthin’ Like This’ from COOL MILLION and one of that album’s top tunes was ‘Say Ooh’. Released at the start of the summer the song was that season’s perfect feel good groove… a great slab of retro optimism with a whiff of classic Atlantic Starr about it. Hardly surprising… the lead singer was Atlantic Starr’s Porter Carroll!

Now seemingly out of nowhere, the tune pops up in a fab remix courtesy of Dimitri From Paris. He keeps all the optimism and energy and adds some surprising and quirky touches that freshens things up an awful lot . The Cool Million/Sed Soul crew are being cagey about the official release date but they promise this new tweak of ‘Say Ooh’ will soon be amidst us!