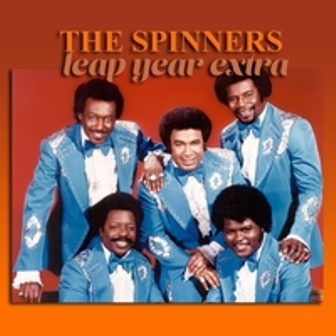 Don’t know too many soul fans who don’t have soft spot for the mighty SPINNERS. At Motown and (chiefly) Atlantic they crafted some of the very best group soul…ever!

Sadly time’s winged chariot has taken its toll and though the “Spinners” still perform led by group co-founder and last surviving original member Henry Fambrough, new recordings are few and far between but the great news for fans is that 3 “new” Spinners tunes have just surfaced Stateside.

It seems that in 1991 the Spinners (with the almost classic line up of Bobby Smith, Henry Fambrough, Billy Henderson, Pervis Jackson and John Edwards) went into the studio with soul entrepreneur Preston Glass to cut some tracks that till now have never been released. Three of the cuts have just been issued on an EP – appropriately for 2020 – called ‘Leap Year Extra’ on Soul Music Records/Platinum Garage Recordings.

Focus cut is the danceable ‘A Good Woman Is Hard To Find’. Stuffed with typical “Spinner-isms”, it shows that there is no substitute for experience. ‘Classic’ is an electro mid-tempo item with John Edwards in fine lead vocal form while ‘Put The Romance Back’ is the big ballad harking back to the Thom Bell days.

Now we’re not saying that these three tunes are up there with the Spinners very best… the instrumentation, for example, is a tad too synthesized but the vocals and the harmonies are impeccable and classic… and, c’mon, it’s the Spinners! So good to have this music… even though it’s almost 30 years too late!