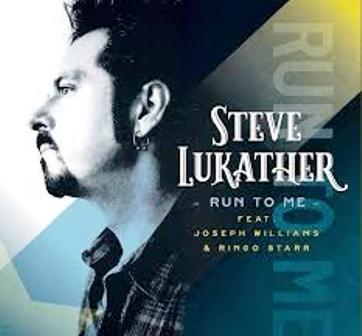 ‘Run To Me’ is the new solo single from Toto main man STEVE LUKATHER. The song was written by the guitarist with long term collaborators David Paich and Joseph Williams. Helping him deliver are Williams on keys, John Pierce (Huey Lewis and the News) on bass and someone called Ringo Starr on drums!

‘Run To Me’ is a blend of old school pop and blue-eyed soul with a gentle guitar opening that might remind you of ‘The He Kissed Me’. Steve says: “I wanted to release this now because it fits the moment. A time where we all need a happy song for an unhappy time.  Musically, the song is absolutely influenced by my growing up in the Sixties, inspired by some of my favourite elements of the repertoire that defined that indelible era. “

We believe that that ‘Run To Me’ (out now on Mascot/The Players Club) is a taster for Lukather’s upcoming album… due in 2021. Nothing like forward planning!