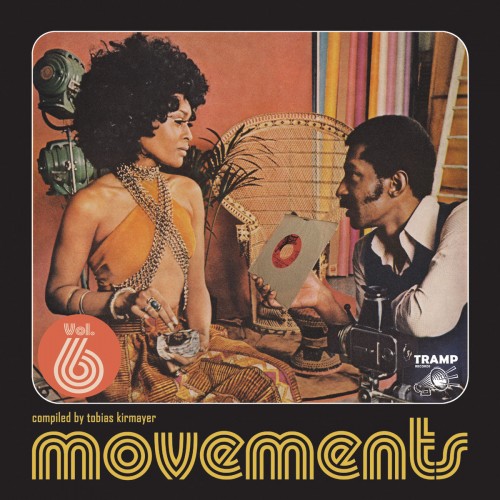 Germany’s TRAMP RECORDS have just released their sixth ‘Movements’ compilation and like the first five it’s chock-a-block with a rare, unknown soul, jazz and funk. The series was started by label boss, Tobias Kirmayer back in 2005 whose mission statement seems to be to discover and properly represent great black American music that otherwise might remain forgotten and neglected.

This new 17 tracker is stuffed with some real soul and funk highlights. Most famous of the artists is probably Billy Young. Young, of course, was a protégé of Otis Redding and he was the first singer signed to the soul king’s own label, Jotis. His track here is a rough-hewn 1973 outing called ‘Suffering With A Hangover’, recorded for his own Joyla label. Anyone who’s had one (a hangover, that is, will understand!). Elsewhere there’s a great version of the blues standard ‘St James Infirmary’ from The Storyville Jazz Band which really trowels on the melancholy.

Most interesting cut for collectors is what is probably the original version of that lovely Friends Of Distinction song, ‘Lonesome Mood’. The song was written by jazz drummer Roy Porter and here it’s performed by the Roy Porter Sounds. Bluesy and moody, it’s intriguing to see how the Friends of Distinction remodelled it.

The album come with a 16 page booklet with detailed biographies and there’s also a limited edition (1,000 copies) vinyl pressing – the first 450 coming with a 7″ of ‘Hard Working Girl’.