KEEP ON MAKIN’ YOU MINE… 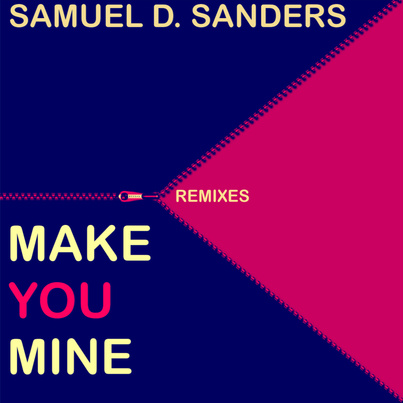 One of the hottest modern soul tunes over the last month has been ‘Make You Mine’ from newcomer SAMUEL D SANDERS. The song – out on DSG Records – is a real ear worm and little wonder that it’s been heavily rotated on the very best soul stations and also climbed the Amazon sales charts. Young Sam was gospel-reared and it shows in his soulful delivery of the self-penned, old-school flavoured song.

His label, DSG, was so taken by that special old school flavour that they’ve just commissioned a Philly-flavoured remix. The chosen remixer is Nigel Lowis -a soul veteran who’s worked in the past with people like Eternal and Dina Carroll and he’s added something very, very special to the Sanders’ tune. It begins with a drum roll similar (but slower) to ‘I Love Music’ before rolling out in great, relaxed Lou Rawls sophisticated soul style. Clocking in at just over 6 minutes, it deserves serious investigation from all lovers of smooth soul. It’s available via the usual download sites and there’s also limited vinyl edition from, Crazy Beat Records (01708 228678) or other record stores .

Those into Soulful House ,though, might want to track down the 12 Shades Deep remix… different yes, but totally satisfying…. an all-enveloping sound.