KEEP IT IN THE FAMILY…. 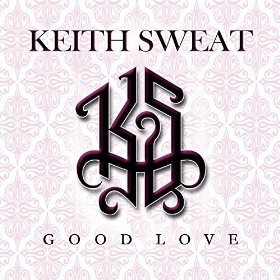 KINDRED THE FAMILY SOUL emerged from the Philadelphia neo-soul movement in the early noughties and quickly established themselves as big favourites with contemporary soul lovers who cherished their complex, insightful take on traditional soul.

Kindred are essentially husband and wife Fatin Dantzler and Aja Graydon and both began as solo performers but after marrying and starting a family they both took non-music jobs to establish a steady income stream. However, music was still a pull and after performing as a duo at Philadelphia’s Black Lily club they caught the attention of Jill Scott who brought them to Hidden Beach Records.

At Hidden Beach they released three acclaimed long players – 2003’s ‘Surrender To Love’, 2005’s ‘In This Life Together’ and ‘The Arrival’ from 2008. And now the label has just issued a concise 14 tracker that pulls together the very best Kindred tracks from that period.

The album’s called ‘FAMILY TREASURES; GREATEST HITS’ and after a brief (and redundant intro) the album starts with the lovely ‘Far Away’ – infectious, catchy, properly soulful and with lyrics that connect with real life, real relationships, real problems and real solutions. In essence that’s the secret of Kindred music. The pair aren’t afraid to tackle and write and sing about the everyday issues that make family life sometimes a struggle and sometimes a pleasure for every one of us. Maybe that’s the reason why Kindred have never enjoyed too many single hits but why they’re revered by the real thinkers within the soul community.

Here hear Kindred The Family Soul at their best on tunes like sensually complex ‘The Question (Where Would I Be)’, the acoustic flavoured ‘Just The way You Are’, the lovely ballad ”House Of Love’ and the properly sweet (i.e. not sentimental) ‘Stars’… all “Family Treasures” indeed, but “Greatest Hits”? Well, to get the full picture maybe we need to have some of their later Shanachie tracks… but maybe that’s for a second volume on a separate label. In the meantime enjoy the first instalment of some great, provocative “family music”.