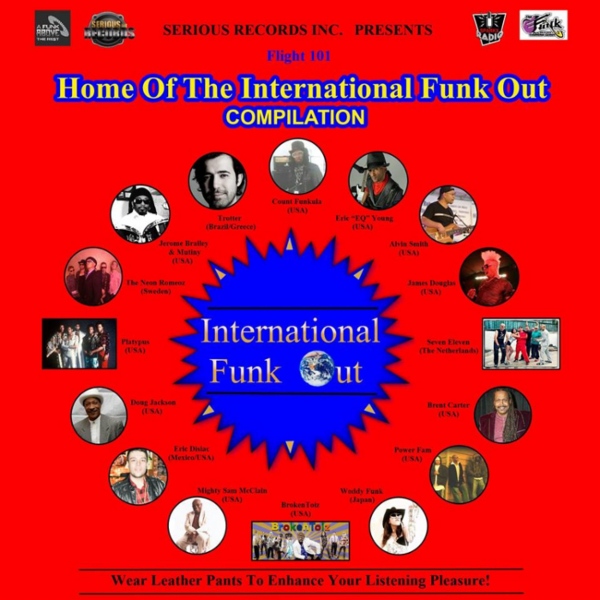 The wonderfully-named SKIP THE FUNKTOLOGIST fronts a fab, funk radio show called A Funk Above The Rest from his Denver, Colorado base via the Sparx Radio Network. The team have just released an album based on the show’s programming. ‘Home Of The International Funk Out!’ showcase’s the influence Funk music has had on the worldwide music scene.

Skip says: “The music connects the past with the present and the present with the future. Since its inception during the mid-60’s from Soul Brother #1 James Brown, and right up to current superstar Bruno Mars, this genre of music is still relevant today even though mainstream media has minimized its exposure to public platforms. Many artists from around the world continue to write, record, perform, and produce their own versions of Funk. With this project, we set out to share some of these evidences with you.”

Serious Funkateers are advised to investigate and you can find out more @ www.seriousmusicgroup.com