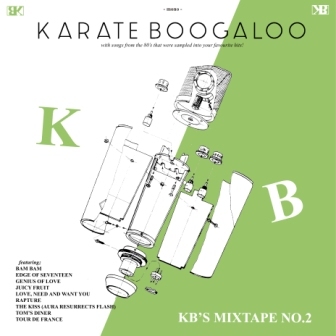 Soul fans of a certain vintage will know and love Jerry O’s classic soul cut ‘Karate Boogaloo’, but I doubt if many will know that Karate Boogaloo is also a top Aussie soul band – an off shoot of the Melbourne outfit The Cactus Channel.

These Karate kids won plenty of friends with their last long player – ‘KBs Mixtape No. 1’. The quirky album offered KB takes on top soul tunes that had been regularly sampled. Now the foursome follow that up with the imaginatively titled ‘Mixtape No. 2’ which proffers wonky left-field soul covers of 80’s songs that’ve been sampled into hip-hop tracks.

The album’s out in September but in the meantime, the first single has been released – a Karate Boogaloo cover of the Sister Nancy reggae classic ‘Bam Bam’ – a tune that’s been worked over by people like Lauryn Hill, Kanye West and Jay-Z. Listen up and you’ll understand why this band has something of a cult following!